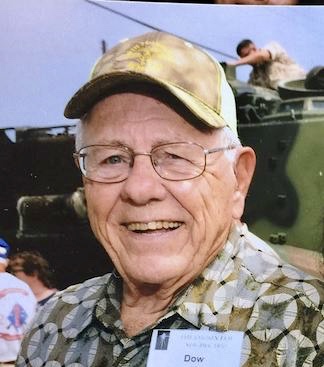 The Man, the myth,
the marine

Dow McCarty, an entrepreneurial architect born and raised in Oklahoma, designed, built, and opened Twin Fountains RV Resort in September 2006. Dow
is a veteran of the Korean War, where he served as a member of the Marine Corp. and fought at the battle of the Chosin Reservoir.

Beginning in his seventies, the Old Marine traveled all over the United States in his Class-A RV. During his many travels, he experienced hundreds of RV parks, established on the outskirts of cities, nestled in the heart of national parks, and planted off of highways. Many were spectacular; many, he found lacking.

Dow’s ever-creative mind raced until, at long last, the idea for Twin Fountains formed. Envisioned as the culmination of his journeys and desires, his RV park would embody all the features, amenities, and possibilities Dow valued as an experienced traveler.

“I wanted to create the RV park where I would want to go,” he said.

By Family
for family

The McCarty men are no strangers to large-scale family projects. Over four decades ago, Dow drew up plans and designed a house for him and his family to live in, nestled in Oklahoma City, and with his three sons, then in high school, they built the 9,000 sq. ft. home themselves.

The eldest brother, Greg has his PhD in psychology and has devoted his life to adolescent psychology in at-risk shelters.

The middle brother, Mike has his Medical Doctorate and operates as an anesthesiologist in Oklahoma.

The youngest brother, Kevin has his Juris Doctorate and leads his own law practice in OKC.

We value your family's experience, because our own is so deeply involved in creating it.
We are working constantly to improve Twin Fountains, so that every guest can have the best experience possible, because the McCarty family believes an RV park can be more than just a stop on the way, being firm believers that the journey is in itself a part of the destination, and some of our best memories and times together can happen in the places we choose to lay our heads at night.

And so, from our family to yours, let us be the first to say...

Welcome to the Resort!